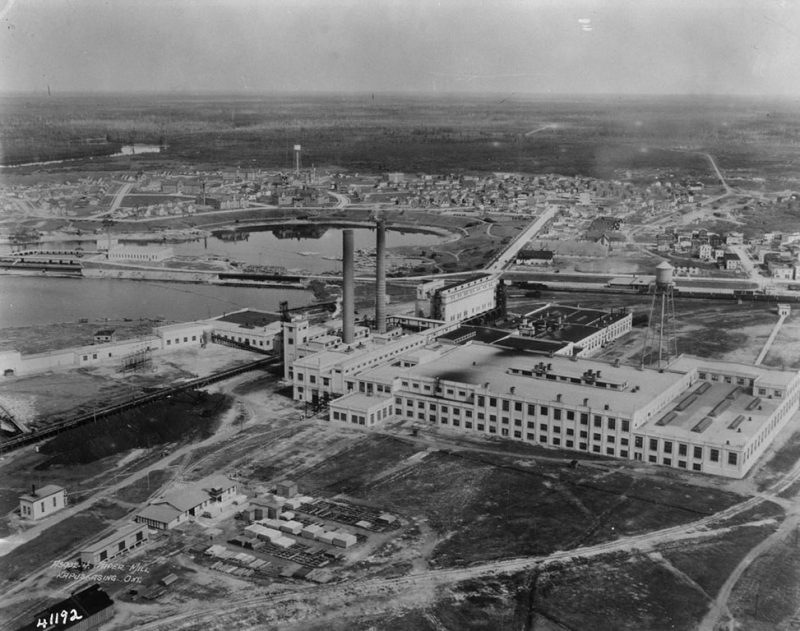 I have a confession to make. I grew up in Kapuskasing (that’s not the confession part, hold on), 850 km northwest of Ottawa, population 8000. The confession is that I spent my whole childhood wishing, hoping, praying that I could leave. I did not appreciate growing up in a small town. I couldn’t wait to get out. I actually told myself I would never go back.

Now that I’m older and I’ve been away long enough, I’ve realized I need to make it up to my hometown. So I’ve penned a sort of love letter. To Kapuskasing, and to small towns everywhere. Because I wouldn’t be who I am today if I’d grown up anywhere else. I know that small towns are not all identical and everyone’s experience is unique. I’m just drawing on my own. But I’m hoping you’ll see some of (and appreciate more) your own small town upbringing when you read about mine.

Growing up in Kap taught me the art of conversation early. You can’t really hide in a small town. If you try, you’ll become isolated very quickly. I did the opposite. I spent a lot of time at the arena. Small town arenas are the original Facebook – the place where everyone stays connected. Every time I went to the arena, I couldn’t make it through town before I ran into someone I knew.

If you’re doing it constantly, you eventually learn how to talk to people. You ask about their families. You figure out what they care about. You develop rapport by recalling past moments you’ve had together.

This crash course in conversation was a huge leg up when I started a business. Because a significant part of your success depends on your ability to connect with people. It doesn’t matter if someone is five or 95, I can engage with them in a meaningful way thanks to my hours at the Sports Palace.

2. Small town life puts a chip on your shoulder.

You grow up in a small town thinking you’re at a disadvantage. You don’t have access to the things people in the city have. While my cousins were going to NHL games, my family would gather around a small TV in the basement and watch Hockey Night in Canada religiously. You feel like “it’s all happening” in the cities – and the movies you watch and music you listen to feed that feeling (Nickelback is great, don’t @ me) [Ed. note: Nickelback is bad]. So I always felt like I had something to prove.

In 12th grade, I was competing with another student to be chosen as assistant coach of the girls’ volleyball team. I didn’t get picked. I couldn’t just let it be. I approached the volleyball coach at our rival school and became her assistant. I worked my butt off with one goal in mind: beat the coach who didn’t choose me. Three months later, we did exactly that. I’ll never forget the feeling I had shaking her hand after the game.

Overly competitive? Maybe [Ed. note: definitely]. But that drive to compete and prove myself has been so important as an entrepreneur. It’s helped keep me going every time something unexpectedly goes wrong. And when you’re running a small business, “something goes wrong” about once a week.

Let’s call a spade a spade – small towns have less competition because there are fewer people to compete with. That’s not to say I didn’t earn the opportunities that came my way. But they would’ve been harder to come by in a bigger place. I might not have co-captained my senior volleyball team, organized a hockey tournament between my school and our rivals, or directed a summer camp.

Working at Camp Cadanac changed the course of my life and sowed the seeds that eventually became Spark. I progressed as a leader each summer until I was eventually running the whole camp. At 17 years old I was making hires, managing staff, and overseeing care for kids with complex needs and traumatic backgrounds. I even had to make the agonizing decision to let go one of my really good friends.

There would be no Spark without that experience. Not only did it develop my confidence, but it prepared me for the many challenges of leading a business and providing great care for people, no matter their situation. It taught me that sometimes you have to put your personal attachments aside for the good of your organization and the people you’re serving.

4. Small town life makes you “a Somebody”.

If your family is from a small town, your grandparents may have gone to school together. You have a story and a history woven into the fabric of that place. You might feel like you’re invisible sometimes but people notice you because you’re “a Somebody” there.

My high school gym teacher Jim Johnson, someone who I have a ton of love and respect for, was my dad’s bat boy once upon a time. I was struggling academically and I might’ve fallen through the cracks if he hadn’t taken the time to really invest in me. He saw my leadership potential because I was somebody to him. He helped create a curriculum for an accredited peer mentorship course. He did that specifically for me – I was the only kid who took that course. Through it I had the chance to organize a volleyball tournament fundraiser and work as a one on one caregiver.

When I was young this meaningful connection I had to the town gave me confidence. Now it helps check my ego when I return. Because people don’t care that I’m the CEO of an innovative health tech company. No one is asking me for an interview or a job opportunity. I’m still Mike and Julie’s kid. I’m still the kid Mr. Johnson coached. Being that kid is more important up north than being a “successful entrepreneur in Ottawa.”

5. Small town life slows you down (in a good way).

In the city, we want what we want and we want it now. You can’t try to live at that pace up north. There are only a few traffic lights in Kapuskasing. It takes five minutes to get from one end of town to the other. So people tend not to rush.

Whenever I go back it takes me a full day to get used to it. There’s a traffic circle at the centre of town surrounded by shops – it’s the focal point of Kapuskasing. When I first get to the circle I immediately start to get impatient. Because people are nonchalantly strolling across the road or driving very slowly so they can just look around. I initially find myself reaching for my horn. If you stop your car in the city just to look at something, you better believe you’re getting a horn up your ass. “We’ve got places to be!” That’s the city mentality. But settling back into the Kap pace is so calming.

It reminds me of the value of slowing down, not just for my wellbeing, but for the benefit of Spark as well. There’s a whole school of thought known as “The Slow Movement” that argues that slowing down can actually, counterintuitively, improve your organization’s productivity.

6. Small town life teaches you to do it yourself.

One of the things that catches me off guard when I go back home is when someone says something to the effect of “you’re going to hire someone to do that? You should do that yourself!”

Because that’s the expectation in a place like Kap. If you have a flat tire, you change the tire. If you have a wood stove at the lake – you cut and stack your own wood. If you have an issue with your motor, you do the troubleshooting.

Spending time back home reminds me that I once tore apart my computer and rebuilt it from scratch – from lights to fans and circuit boards. It makes me realize how often you have other people doing things for you in the city. Continually asking the question “can I do this myself?”, keeps me grounded. And while part of your success in business depends on the ability to delegate, it comes through big time when someone on your team has to take a leave and you can say “don’t worry, I can take care of it.”

So if you grew up in a small town, and especially if you’ve since left for the city, I wanna hear from you. What do you love and miss about it? How has it shaped you? Let me know in the comments. I’ll sign off with a plug: if you ever find yourself near Kapuskasing, don’t just drive right through. Stop and take it in. Personally, I can’t wait to go back and have an egg roll from Thong La’s, fresh cheese curds from Le Fromagerie, and cream puffs from Le Boulangerie. Here’s to you Kap, thanks for making me who I am.